Reflections on "Ashes to Go" - an answer to the critics

Two weeks ago, our church participated in Ashes to Go for the first time. In additional to our regular Ash Wednesday services at 7 a.m., noon, and 7 p.m., we stood out on a street corner near our church and offered ashes and a very abbreviated version of the liturgy to pedestrians from 8:30-11:30 a.m. and from 2:30-5:30 p.m. This street outreach was intended to reach both those who couldn’t get to service today and those who might not have even thought about going to church today if they hadn’t seen us out on the sidewalk. At the end of the day, we had imposed ashes on 106 people outside.

Ashes to Go has become a nation-wide movement. It started with several Episcopal churches in the St. Louis and Chicago areas in 2007 and 2010, and it “went viral” in 2012, with more than 80 churches in 21 states participating. In 2013, it went international, with participants in Canada, the UK, and South Africa, in addition to the U.S. (Statistics from the Ashes to Go website at www.ashestogo.org.)

As Ashes to Go has become more known amongst “church people,” especially amongst professional church people like clergy and church staff, there has been a lot of discussion about it. It has its share of critics, who assert that this “quickie” liturgy cheapens what should be a somber call to repentance. The critics say that people should make time to attend the full-length liturgy on Ash Wednesday, and if they can’t attend church, that shows that their priorities are in the wrong place. They worry about people taking Ash Wednesday too lightly, or going to an Ashes to Go site just to “get their ashes” as some kind of a token or rote ritual rather than out of a true sense of repentance and desire for connection with God.

I must admit that despite the fact that my call to the priesthood emerged out of my involvement with a street church for homeless people in Cambridge, Mass., and the fact that I was naturally drawn to Ashes to Go when I first heard about it because of the "street church" element of it, my training in seminary conditioned me to always take a step back and listen to the other side of the story, to another perspective. The critics'  arguments against Ashes to Go were well-crafted enough that they gave me pause. Maybe this was an inappropriate cheapening of the dignity of the liturgy. Maybe we shouldn't do it.

But after serving two one-hour “shifts” out on the street corner on Ash Wednesday, I can say that not a single person we encountered in those two shifts seemed to be taking this encounter lightly. Some people had driven from the other side of town just to participate in this brief encounter on the sidewalk. They’d seen an article that the local paper had run about the fact that we were going to do this, and they made time in their day, they went out of their way to come to downtown Franklin just to get their ashes. Their schedule may not have allowed them to attend services at the traditional times of noon or later in the evening, but for whatever reason they were able to get away mid-morning or mid-afternoon, and they were so appreciative because otherwise they really would not have gotten to have an Ash Wednesday experience today, however brief our encounter was. Several people even got tears in their eyes as they thanked us, clearly moved that we were taking the time to bring church to them.

There was a depth of gratitude in their voices as they thanked us that echoed the deeply grateful sincerity I’ve heard in people’s voices when I’ve taken communion to people who are in the hospital or homebound. “Thank you so much for doing this!” they say, with a depth of gratitude that goes beyond the cursory “thanks” we give the cashier at the grocery store or a friend or family member who passes us the salt at dinner. This is a different kind of thanks, a thanks born out of touching a place of need and vulnerability, of mediating a brief moment of grace from one human being to another – whether an Ashes to Go recipient or a parishioner recovering at home from surgery.

As I reflected on this, it occurred to me that I can’t imagine any of the critics of the Ashes to Go movement who are within the Episcopal Church saying that we shouldn’t take communion to people at home or in the hospital because it would “cheapen” the experience, that if they can’t get to church on Sunday for the entire celebration of the Eucharist, then their priorities must not be in the right place. We consider Eucharistic visitation to be one of the most sacred and holy things we do as priests. And yet, what we say and do when we take communion to people is a very shortened version of the full Eucharistic liturgy, just as Ashes to Go offers a shortened version of the full Ash Wednesday liturgy.

That’s when I realized that Ashes to Go is basically a series of “pastoral visits” on the street. It’s about offering a shortened version of the regular liturgy to those who can’t be with the rest of the gathered community. And just as we do when we visit people in the hospital, if there are several people present visiting with the patient, they are all invited to join in the communion, so on Ash Wednesday, when two people happened to walk up at the same time, we invited them to all join together with us in the brief liturgy. Even though none of us had ever met before, in that one brief moment, we were a community of faith praying together. “Wherever two of three are gathered,” Jesus said, “I am in the midst of them” (Matthew 18:20). Not “wherever there is an officially sanctioned, full-length liturgy approved by the General Convention of the Episcopal Church as set forth in the Book of Common Prayer.”


So even the Ashes to Go recipients did get an opportunity to join with other Christians in prayer today. Yes, they could have gone home and read through the entire Ash Wednesday liturgy in their prayer books instead, to get the “full experience,” but there’s something about the encounter with another person, that incarnational experience that is really at the heart of our faith, that is sacred and powerful, however brief.

The difference between Ashes to Go and a traditional pastoral visit, of course, is that we are doing it in a public place. It is no small irony that the Gospel reading for Ash Wednesday is the passage from the Sermon on the Mount where Jesus warns us to “beware of practicing your piety before others, in order to be seen by them” (Matthew 6:1), and tells us not to “stand and pray… at the street corners, so that we may be seen [by others]” (Matthew 6:5). Um, gulp. The critics of Ashes to Go point out that we appear to be doing exactly what Jesus told us not to do! When I was “plugging” Ashes to Go to one of my classes at church, encouraging lay people to sign up to help out with it, I made a joke about the irony of this passage and what we were going to do. Everyone laughed, but one of the parishioners spoke up in a serious tone and said, “But I don’t think that’s the same thing as what you’re doing. Jesus was talking about being hypocritical. I don’t think that’s what this is. I think this is different.”

I was surprised by her immediate positive view of what we were doing with Ashes to Go and the disconnect for her in associating it with Jesus’s words in the Sermon on the Mount. But after my experience on the street and my insight into the ways in which Ashes to Go is a pastoral encounter, it makes me appreciate her insight even more. If we’re doing Ashes to Go primarily “to be seen by others” in a showy kind of way, then yes, we should hear Jesus’s words of rebuke in the Sermon on the Mount for showy displays of piety. But if we’re doing Ashes to Go out of a sincere desire to serve others and to care for them, then perhaps the more appropriate words of Jesus to remember would be the ways he rebuked the religious leaders for being unwilling to break tradition in order to address human need. “What is lawful on the Sabbath, to do good or to do evil?” (Mark 3:4) he said to those who criticized him for healing on the Sabbath. And while I’m not saying that it’s a matter of life and death for people to get their ashes on Ash Wednesday, I do think that we are addressing a very real need and a very real and sincere desire and longing to connect with God and the liturgies of the church, not throwing tradition to the wind or dismissing the gravity and seriousness of that day.

If anything, Ash Wednesday seemed more serious and more sacred to me through the encounter with folks who cared enough to drive all the way across town to participate in even a shortened version of the liturgy, for whom it meant enough to them to seek it outside of the traditional means of delivery. And the number of people we met and engaged with who didn't have a church home, or who had been hurt by the church, but were making this tentative step back toward connecting with the church -- what could possibly be more holy than that? We didn't just slap some ashes on their foreheads in a cursory fashion and say goodbye, we stood there and talked, sometimes for an extended period of time, with them about God, the church, and the community of faith at St. Paul's and what might be waiting for them there if they chose to join us. Isn't that what the church is supposed to be about? Meeting people where they are and inviting them into the faith? What is lawful on Ash Wednesday -- to make it difficult for people to reach the church or to reach out to them?

I hope that the critics of Ashes to Go might be willing to just give it a try one year and see what happens. The great thing about Ashes to Go is that if you do it, you do it on your own terms. Do you think people should recite at least part of Psalm 51 for it to really be Ash Wednesday? Then include that in the brief liturgy you offer to people. Or, decide to do the whole Ash Wednesday service at a non-typical time in a location more convenient to working people in your area. Take ashes to people in the hospital and in nursing homes and do an abbreviated version of the liturgy with them. Whatever you do and however you do it, the intention is to bring the church to people where they are, to represent symbolically the truth that although it is true that we must make the choice to step toward God in faith, God also is already stepping out to meet us wherever we are. I can think of no more sacred and holy task than to serve as a symbol of that for the world.
Posted by Mother Tracy Wells Miller at 11:45 AM 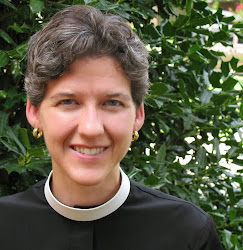 Click the image below to preview and purchase Picturing the Holy Land, a collection of photography and short poems from my interfaith pilgrimage in the summer of 2011. 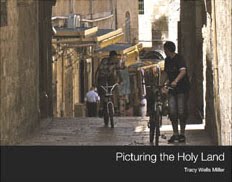